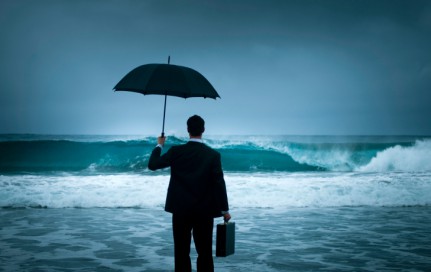 Strategic business decisions should only be taken when all the available facts are known and any potential risks have been both identified and quantified.

Entering into financial investments, mergers or acquisitions without carrying out in-depth due diligence has proven disastrous for many organisations. Yet the cost of conducting checks, which identify undisclosed issues prior to completion, is inconsequential compared to the substantial costs incurred when major investments or ventures fail.

Haymarket’s Investigative Due Diligence (“IDD”) goes much deeper than routine due diligence. Using a variety of investigative methods, both overt and covert, Haymarket’s IDD service has uncovered and forewarned its clients of various issues including fraud, financial irregularity, conflicts of interest, hidden agendas, pending litigation, impending defections and staff despondency.

Haymarket’s IDD is a much valued resource, providing clients with the vital intelligence necessary to determine whether to proceed, completely withdraw or renegotiate based on any adverse findings.

An investor client engaged Haymarket to carry out in-depth investigative due diligence on a building services company. The target company had a number of long-running contracts with local councils and house builders and was very profitable. Its management team seemed to be doing a very good job and standard due diligence checks found nothing untoward. However, when Haymarket conducted a covert review, it was discovered that there were various undisclosed issues, the most serious relating to the way the company had handled asbestos removal at customer sites some ten years earlier. Although the company had improved its handling of asbestos over recent years, its past conduct was a reputational time bomb, which could potentially deflate the company's value, and significantly devalue the client's investment. With the benefit of Haymarket's findings, the investor was able to renegotiate price and implement safeguards to mitigate any future liabilities.

A client was concerned by the abject sales performance of an IT company that it had acquired for £24 million. The client, which was represented on the Board, but had no physical access to records, was not convinced by the CEO's explanation that a downturn in the market was solely responsible for falling sales. Haymarket was retained to identify any underlying reason for this poor performance. Research revealed that the CEO's wife had an undisclosed shareholding in a competitor company, held in her maiden name. Working covertly, forensic image copies were made of the CEO's computer, which contained e-mail exchanges between the CEO and the competitor, to whom he was passing sales leads and enquiries. This evidence was uncovered in time to stop the third and final acquisition payment of £8 million and facilitated the revaluation of the deal and a significant refund. The client has since made three further acquisitions and in each case has retained Haymarket to carry out Investigative Due Diligence in advance of contract. In two of these cases, Haymarket's findings facilitated a favourable revaluation for the client.